It is very hot. I’ve spent seven of the past eight summers in the Middle East and/or North Africa (some of those in southern Morocco sans air conditioning) but nothing compares to the humidity of DC. This is the kind of heat that sits on you like a wet blanket, refusing to allow your sweat to fulfill its natural function and evaporate already. On top of which, DC (being DC) tends to respond to this situation with brute force, blasting the a/c to subzero temps instead of sensibly adopting a mid-afternoon siesta/qailula policy and reclaiming the city at night. So what can you do? 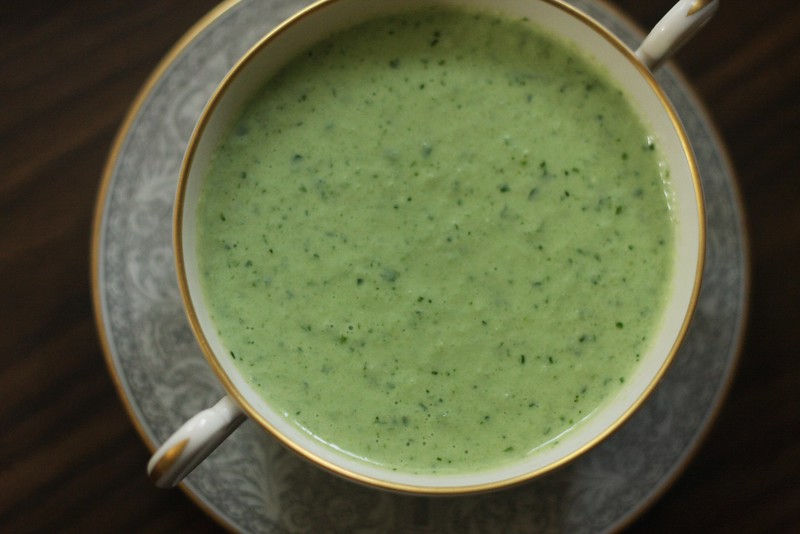 You can cook cooling soothing foods that don’t require any actual cooking, that’s what. This approach isn’t uncommon throughout the Arab world (and many other places, I imagine). Just a few weeks ago a friend with roots in Kuwait and Egypt told me about the various summer and winter foods her grandmother always had on hand during those seasons: cooling foods in summer and warming foods in winter (watermelon in the fridge was a must in the hottest months).

There is a long historical legacy in the Arab world of categorizing foods according to their cooling or warming properties thanks in part to the 8th-10th century translation movement in ‘Abbasid Baghdad, which began the process of absorbing much of the considerable corpus of Galenic medical theory into Arabic. For example, Ibn al-Bayṭar’s 13th century materia medica (which includes all of Dioscorides’ materia medica supplemented with Persianate and other traditions) cites several authorities attesting to cucumber’s powerful cooling properties; one specifically prescribes it for people with fevers. You can imagine how much more attentive people were to these aspects of foods and ingredients before the advent of modern refrigeration. Incidentally, our words for julep and sherbet and sorbet and shrub, all summer treats, come to us from Middle Eastern languages. 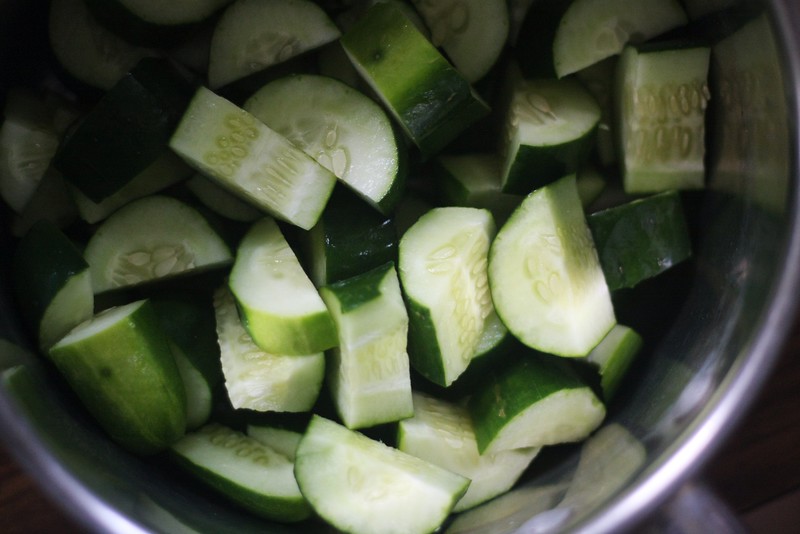 For other salads that work nicely when cooled, see past posts on mint & zucchini, cucumber and yogurt (flavors not so different from this recipe), beets and sheep or goat cheese, or seven Fassi salads. All these are lovely on hot summer days, but if you want to work something simple and beautiful into a multi-course meal and invite your guests to open their appetites and forget the heat outside, opening with a cool cucumber soup is just the ticket.

Cold Soup of Cucumber for Summer

3-4 cucumbers (figure about a cucumber per person you’re serving), chopped into bite-sized pieces
Juice of one lemon (maybe more to taste; never hurts to have extra lemons)
Large bunch of parsley, chopped roughly
Generous snippings of fresh dill
1 shallot, chopped
Good plain yogurt (y’all know I have very strong yogurt opinions and believe in full cream yogurt; Greek or lebneh style is my favorite); how much will vary based on what consistency you’re after and how thick your yogurt is, but I typically use half to two-thirds of a 32-ounce container
Good olive oil, a few tablespoons to start
Salt to taste

Optional: if dill isn’t your thing, or if you simply feel the cucumber-dill combination is a little tired, swap it out for fresh fennel. Include plenty of the fennel greens but also toss in some of the bulb, fresh and chopped, to taste, to add an earthier bite to the soup. 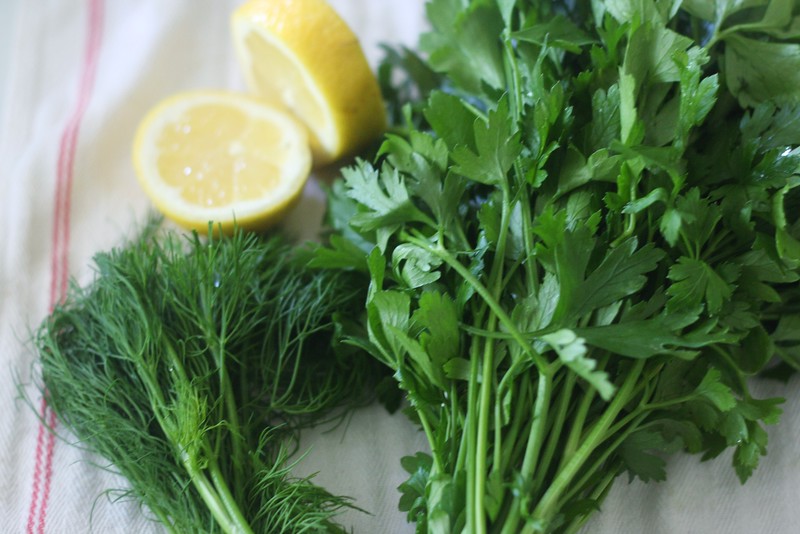 Throw these together and blend them. I use an immersion blender but a regular blender would work just as well. 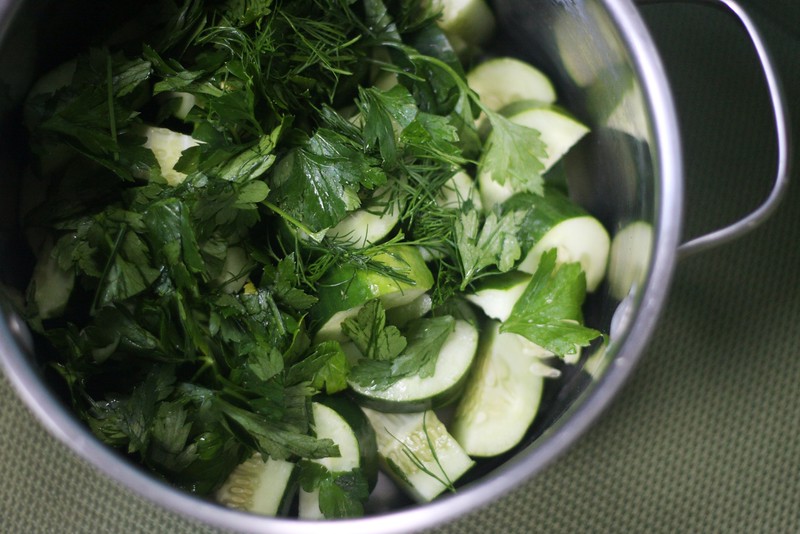 Once blended, adjust to taste first based on consistency. Keep in mind cucumbers are very watery, so until you’ve done one round of blending with the yogurt, lemon juice, and olive oil, you won’t know quite where you stand consistency-wise. Once the yogurt-cucumber balance has produced your desired consistency, begin adjusting flavors with salt and lemon juice and perhaps a bit of olive oil (you may also want to blend in more herbs at this point).

Serve with a dollop of yogurt, snips of dill, and a salted warm date on the side. 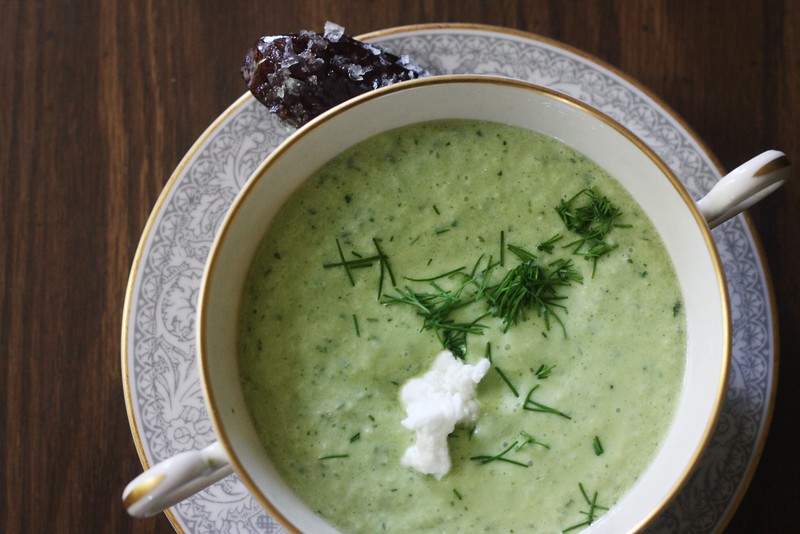 4 thoughts on “a cold soup of cucumber”

Wondering what you might do with those gorgeous sour cherries at the farmer’s market? Pit them, juice them, & use them in cocktails in lieu of lemon juice or sour mix. Pictured here: a sidecar with 1.5 oz cognac, 1 oz Cointreau, 3/4 oz sour cherry juice. Shake over ice & strain. Extra thanks to @antoniotahhan for inspiring me to juice delicious sour things today!
Scenes from Yorkshire: strong penguin window display game / picnic in the wood / views of the Dales / RHS Garden Harlow Carr / post-afternoon tea carnage
Latest from the blog: a recap of my interview with @anasatassi organized by @warscapes last December, with some snapshots of a handful of my favorite recipes, techniques, & serving suggestions from & inspired by Atassi’s wonderful cookbook Sumac: Recipes & Stories from Syria. A cookbook that embodies nafas as something that exists between the realm of written recipes and social worlds—something you can’t see but can certainly taste—and celebrates cuisine as the product of collective authorship, creativity, and care. Links to the post and the interview in bio.
Next up in #CookingWithTona🥕: a recipe so extremely loosely inspired by Molly O’Neill’s A Well-Seasoned Appetite that it became something else entirely, stemming mostly from the contents of my fridge. These included not enough leftover homemade tomato sauce to make pasta with, one piece of bacon, kale, an orange. Mixed in with some beans from the pantry…
Next up in #CookingWithTona🥕: a kale & sausage stew from Molly O’Neill’s A Well-Seasoned Appetite (1995). The genius element of this particular recipe that I’d never have come up with on my own: using balsamic vinegar to season the stew, which layered a totally different kind of acidity and flavor than my usual squeeze of lemon; perfect for a dark cozy winter day. Also pictured: the gorgeous fruit & vegetable themed floor mat my brilliant artist mother @lishnc created for my kitchen!
When my godmother Tona died two and a half years ago, she left me a staggering cookbook and recipe collection — which I’ve slowly been cataloging and thumbing through ever since. In 2022, I’m paying homage to Tona by cooking my way through her collection & sharing the results here using the hashtag #CookingWithTona🥕. If you are looking to use up some extra fennel or zhuzh up your risotto, read on!