For damp winter days: a risotto to warm you up. They say a risotto is only as good as its broth, and this recipe takes that rule seriously: I spent way more time tinkering with the broth than making the actual dish and I was very happy with the results. Fresh herbs bought in a rainy souq balance out the richness of roasted pumpkin blended into the broth.

Without further ado, the recipe: 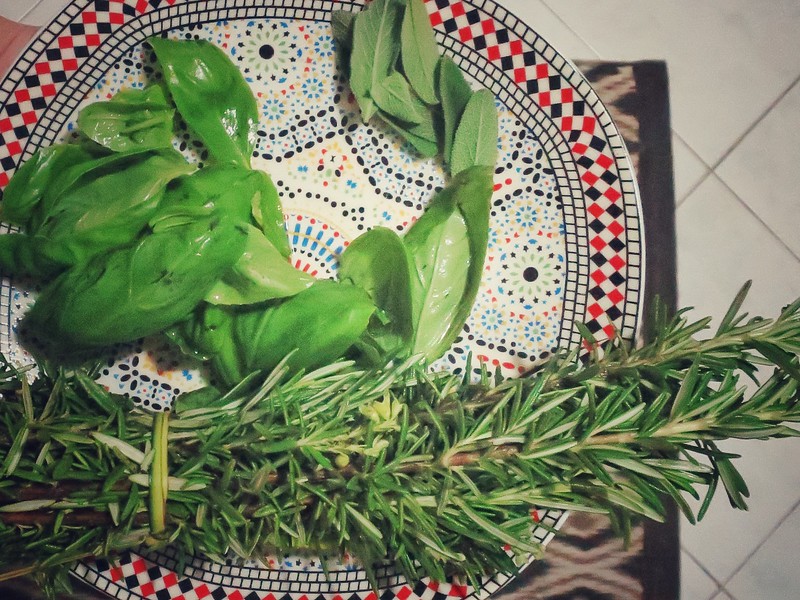 A note about broth: I save vegetable scraps and make a very basic vegetable broth from time to time by simmering them for several hours and seasoning with dried herbs and salt. For this broth, I also added some dried orange peels to the mix as well as the leftovers and bones from a chicken tagine I made the other day and a half cup of red wine that had turned. This isn’t to say that everyone should make this recipe with that kind of broth (although I think the orange peels are a nice touch for a winter dish), but that the more complex layers of leftovers you can incorporate into an ongoing stock or broth you have on hand, the richer the end result (I keep my pot of broth in the freezer in between additions).

For the risotto broth: first, toss the pumpkin in salt, pepper, and olive oil, and roast at 425 degrees Fahrenheit until fork tender. Set aside to cool.

Once cool, blend the pumpkin with a few leaves of each fresh herb and a half to a whole cup of the broth in the blender; then re-combine the pumpkin puree with the pot of broth and bring to a boil. Once it’s at a rolling boil, turn off the heat and leave it. 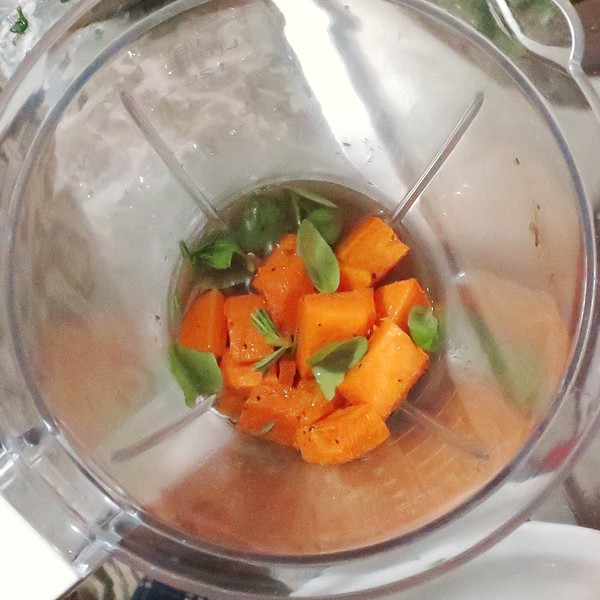 Next brown the onion and garlic in a tablespoon of butter and two of olive oil on medium high heat. Once they start to brown, add all of the rice and stir to coat evenly in the oil. Once it starts to pop and crackle, add the white wine (there should be enough to cover the rice).

While the wine is evaporating, adjust the heat: the liquid should evaporate steadily but not too rapidly. Once it’s nearly gone, begin adding broth a half to a full ladle-full at a time; continue to do so until the rice is cooked through and has generated a creamy broth. I give everything a good stir at each addition, to ensure everything cooks easily and ensure it isn’t burning on the bottom (if it is, lower the heat).

At the third addition, adjust for salt and mix in half of your fresh herbs.

After you have been adding broth for about 10 minutes, stir in the spinach and cinnamon. 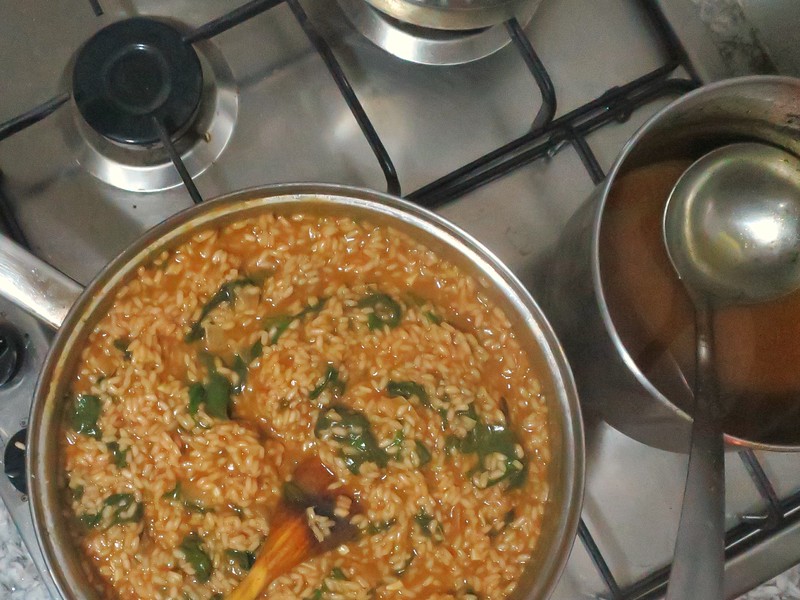 Once the risotto is nearly done (the flavorings are well-adjusted and the rice grains are al dente) stir in the rest of the herbs, a pat of butter, and a good amount of grated parmesan. Give it one last stir, turn the heat off, and let it sit for a few minutes.

Serve with lots of extra Parmesan on top.

One thought on “pumpkin risotto”