For me, this was the drink of 2019: I made this sweet-and sour mocktail throughout the year for friends in Rabat, Cairo, Washington, and Charlotte.

Developed from and inspired by several different recipes from Scents & Flavors: A Syrian Cookbook (recently translated by Charles Perry & published by NYU, and from which I have cooked several times before), it starts with a base of lemon and pomegranate juices then layers in a few unexpected additions for a subtle complexity.

The impetus for crafting this recipe was to create a complex, interesting, alcohol-free mixed drink to serve at gatherings I was hosting––so that friends and guests who aren’t drinking alcohol for whatever reason would have something interesting to drink. But I quickly learned that with a shot of bourbon or rye, it’s delicious as a cocktail, too. (I suppose if you wanted to keep things geographically consistent, you could always mix in a little Johnnie Walker Black, though personally I prefer a nice Kentucky bourbon in this recipe).

Here, just in time for winter holiday celebrations of all kinds, I present the recipe I’ve honed along with one for a very simple apricot dish also from Scents & Flavors that has become a staple of every mezze spread I’ve made this year. You can find the recipes I used to make up the drink as well as the apricot recipe in Chapter 2 of the book; further drink recipes for inspiration are in Chapter 3.

The major change I’ve introduced into the group of original recipes is the addition of saffron. It’s a floral flavor unlike any other––a bit less delicate than other florals, warm, and subtle––which to my mind makes it perfect for cocktails. I usually introduce it by making my simple syrups with saffron, steeping a pinch of threads in from the start to produce a golden rich liquid. This provides a nice balance to the recipe alongside the very forward floral of orange blossom water and the cutting tang of apple cider vinegar.

Syrian Citrus Mocktail
Loosely based on recipes in Scents & Flavors: A Syrian Cookbook

Proportions are for one batch (2-4 servings, depending on how big a pour you’re planning on. If you are mixing with alcohol, you can stretch this batch to more servings; otherwise it will make a generous amount for two people.

8 ounces lemon juice, ideally fresh squeezed, no sugar added. I’ve found this is usually somewhere in the ballpark of 4 medium-sized lemons
4 ounces simple syrup with saffron. I make simple syrup with a 1:1 sugar to water ratio, dissolved on low heat, covered, stirred from time to time. Toss in a pinch of saffron, if using, from the start.
2 tablespoons pomegranate molasses
1 tablespoon of orange flower water
Splash of good apple cider vinegar
A few dashes each of powdered cinnamon, nutmeg, and ginger
1 lemon, cut into pieces
1 quince, cut into pieces

1. Combine everything but the spices, cut pieces of lemon, and quince in a saucepan, and test for sweetness.

If you want a little more tang, you can splash in some extra vinegar; and depending on how your lemons and simple syrup match up you may want to add more sugar until it’s the right consistency (the ratios here are just a start; sweetening lemon juice needs to be done so precisely that I almost always adjust a bit one way or another). Always start with less sugar and gradually increase the sweetness rather than the other way around (i learned this important lesson the hard way when attempting to make a very large batch in an industrial kitchen). 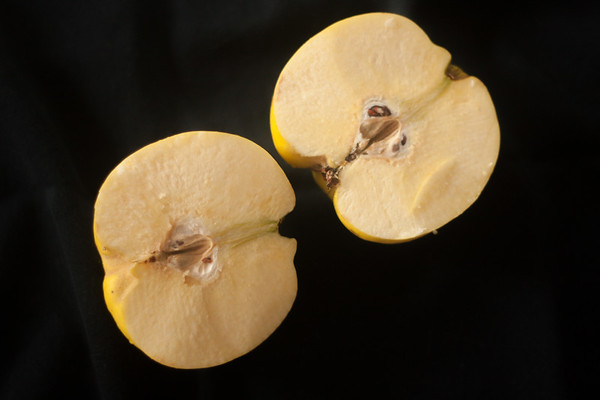 2. Next, toss in the spices and slices of quince and lemon. This is a step I wouldn’t have thought of unless the cookbook had suggested something along these lines, and I like to think the addition of the quince gives the final flavor profile something a bit new and different.

4. Strain the liquid into a new container, squeezing the quince pieces in particular to juice them a bit into the final preparation.

5. Serve warm or serve chilled over ice. You can garnish with mint or pomegranate seeds, depending on the season. 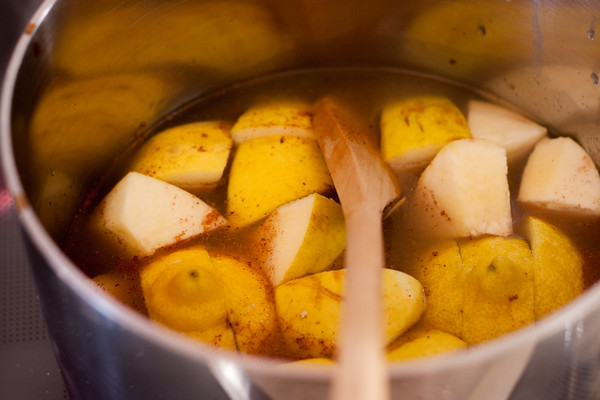 The anonymous 13th-century author of Scents & Flavors recommended that this recipe be served as a snack with drinks. It’s incredibly simple, but will transform an average dried apricot into a sweet (but not too sweet), perfectly textured delectable delight.

Take a bag of dried apricots. Place them in a bowl with a generous splash of orange flower water and a pinch of saffron, then fill the bowl the rest of the way up with cool water.

Soak them for a few hours (or overnight) then strain and chill.

These are the perfect chewy texture and come out with just a hint of orange blossom & saffron. I recommend pairing the cool apricots with warm sea-salted olive oil-warmed dates, prepared like so, according to Renee Erickson’s brilliant recipe, for a set of perfectly contrasting flavors and textures.